I dare you not to say who’s there – too late!

** challenge of music reveal is here **

This week our prompt from Sally Russick for the gang following along on the focus of life series:

“Let's open some doors to see what awaits us on the other side.”
I had the perfect opportunity already brewing, the weather and the car gods tried to conspire against me, but I did make it out my front door, um with no time to snap a picture, but not to worry I had more planned. 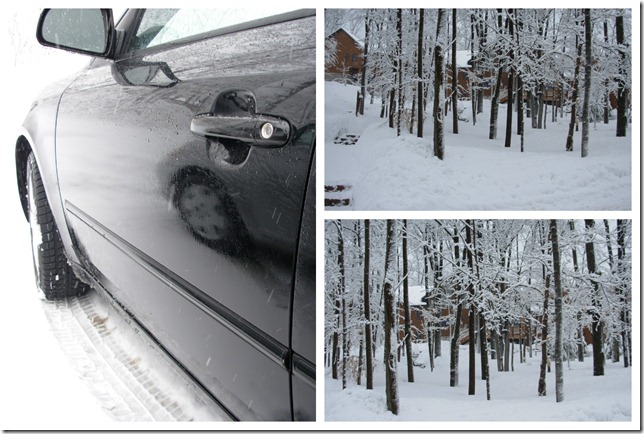 This is my car door, with feature of the worth-every-penny snow tires.  I’m not a nervous driver in winter weather, but snow tires makes it really that much easier once allowing for plenty of time and plenty of space on the roads. The advantage of living somewhere with lots of snow regularly, is that the machines to make it go away are readily available.  The next door I was headed for was up a snowy little path, hidden by the trees above.  I could already smell the wood smoke from the fires that burn there.

I’ve been along this path before but never in snow and never at night.  Lanterns like the photo on the left, line both sides of the stone steps, I bet it is magical in the dark.  On the right, you see my destination becoming clear…

Just as a start to climb the last set of stairs, a bunch of snow falls from some upper branches, but it’s hard to make out on the left photo, I was a bit slow.  Then I stroll along the porch remembering a time I was here before with three dear friends, lined up waiting to get in.  On the right – the door!

What a let down.

It’s a little dull to me so I just walked in.  I stopped to text my husband to let him know I had arrived safely and the car (which started the day with a dead battery) was fine, the roads were fine (25cm of snow overnight), and I made good time.  Then I looked up and noticed, this door is a million times better looking from the inside. 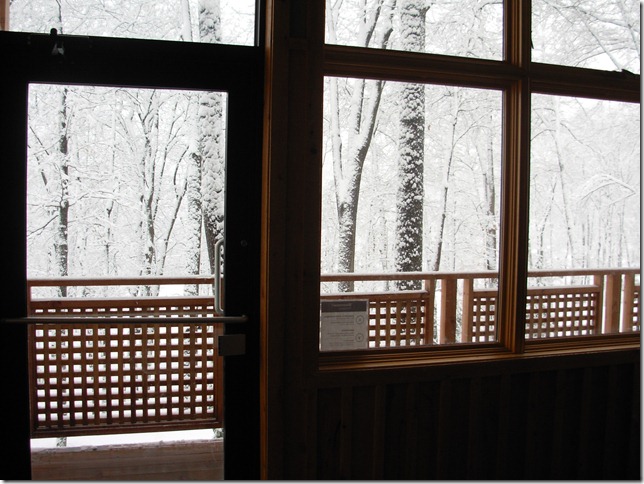 I was standing in the foyer of Le Nordik an incredible spa just 40 minutes or so from my door.  Now inside, breathing in the eucalyptus infused air, realizing it really wasn’t that cold, probably right around 0C and this would have been the perfect day for the baths in winter.  But damn! In my haste I didn’t stop to consider that and hadn’t brought my swimsuit. My previous experiences have been in summer with their nordic baths:

From their site: “The Technique”
Warm up in a sauna or steam bath for 10 to 15 minutes. Do a quick pass under the Nordic waterfall or take a dip in the cold or temperate pool for a few seconds. Rest fifteen minutes in one of our relaxation areas, outside or inside. Repeat this ritual three or four times, finally immersing yourself in one of our whirlpools for a moment of total relaxation.

But on this particular day I was headed to my very first ever massage appointment.  A 90 minute Volcanic Stone Massage.  It was quite incredible.  I’m spoiled forever, I could never have another massage without all that heat. It was just perfect.

I  may just be a complete hermit, but have you ever seen magnetic lockers? You get a rubber bracelet with a magnet in it nice and waterproof, and you just hold the magnet up and it unlocks the locker – genius.  I would have snapped a better picture but I was trying not to creep out the change room full of ladies. 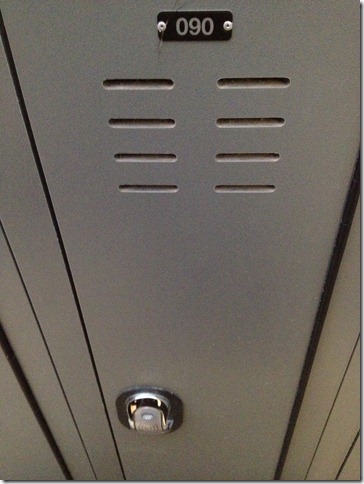 Moving on.  There was one more door I was certain I was going to go through, really just a minute more down the road.  “Une Boulangerie dans un village” I had no idea that’s what it was called, I’ve known it as the “Chelsea Bakery” since I was six years old and my best friend’s mother had a thing for éclairs on the way to their family cottage. 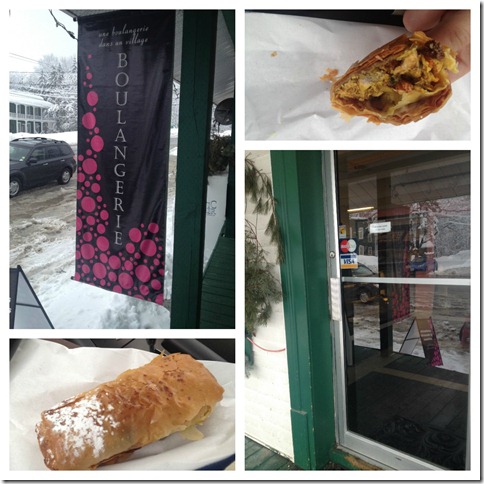 Again, the door wasn’t much to look at.  But my lunch contained at least a dozen ingredients, Moroccan chicken with cumin, almonds, carrot, cinnamon, and a bunch of other things she told me after I pointed “that one”.  Basically, it doesn’t matter, everything that I’ve ever eaten from there has been the most delicious food.  This did not disappoint.

I did grab a tuna (and on and on) panini to take home to hubby.  I delivered it on the driveway and let him know I was just going to be “out” until later.  Yes, fuelled by luxury and fine food I ran away from home for a few hours one Thursday afternoon.  If I told you where else I went I’d ruin it.  It was a good day.

Thank you for indulging me! I’m off to hear about all the wonderful things the rest of the gang has hidden behind doors, head to the Studio Sublime for all the links.

Also special thanks to Erin Prais-Hintz for her post back on week 3, and our conversation that followed, I’m thankful for her encouragement and …shall we say… gentle threats, to do this. So glad I did.
Posted by A Polymer Penchant at 00:08