The lovely storm that knocked out my internet also took one of my precious poppies out.  A mere half inch stem left, just enough to sit in some form of silver cup that my husband brought home from an auction.  In his mind it had a nice “rose” on it… but really it has a poppy, so it’s quite fitting (too bad it didn’t see the polish before being pressed into use).  He knows to keep his eyes peeled for interesting textures I can use with polymer so you will likely see a clay version of this someday, in some form. 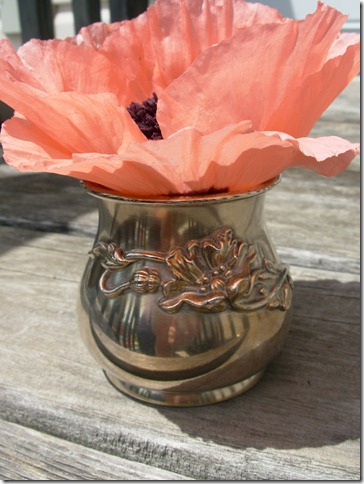 I wish I had a setup that would produce nice pictures at night so I could show you all the beads I’ve been making.  It just always turns out so disappointing compared to the sunlight shots.  Gotta get to work on a solution soon as those napping hour(s) are never long enough! 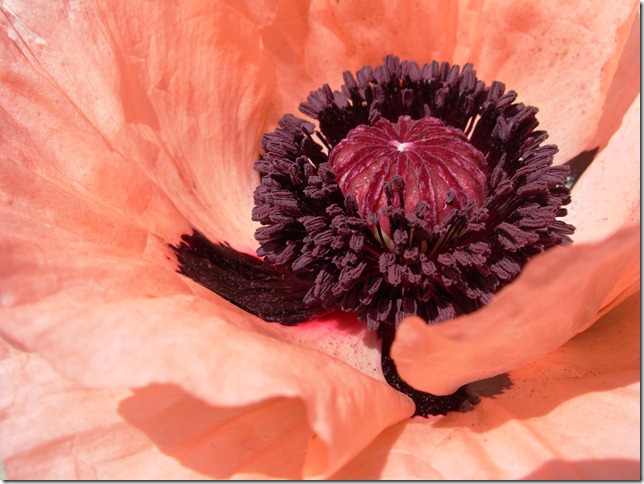 Posted by A Polymer Penchant at 22:08