Focus on life–week 34–add something!

There is one person whom I’m sure has had to add a whole lot this last week rebuilding her website: the Studio Sublime.  It looks great Sally! I wonder if our weekly prompt was just a coincidence? Playing up a photograph was this weeks assignment. 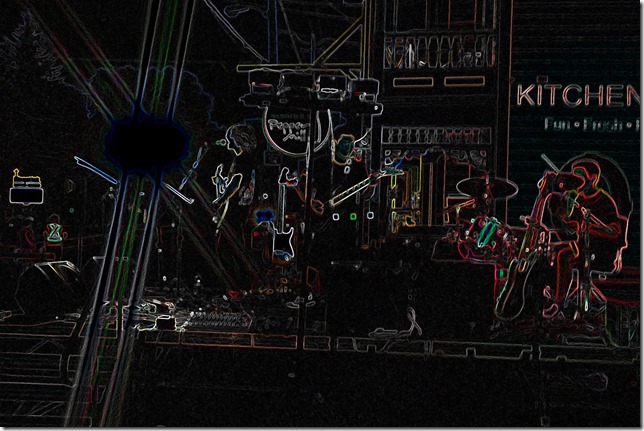 Here it is!  It’s kind of an extreme edit, the filter “glowing edges”, but fitting for the debut of this metal trio.  Named? unnamed? I’m not sure.

Backtracking a bit, I have three brothers, all of whom play guitar.  One has had at least five bands over the years and toured Canada and the UK.  The other two have spent less time on public stages but plenty of time playing.  Growing up there was always more guitars than people in the house.  I’m realizing it’s a bit odd that I never had any interest in playing myself, oh well, it’s on to the next generation now.

Last Saturday we headed off to the “Taste of Manotick” knowing my oldest brother would be playing and as a special treat my nephew (his son) Jack, would be playing on stage for the first time with two other young men.  [I now feel really old referring to them as “young men”.  Thankfully they didn’t call me ma’am when we were introduced]  I believe Jack turns 15 next month, since becoming a mother myself I can’t seem to nail dates like before, but you get it, they’re mid teens lets say.

Jack, Avery and Jorge took the stage and played to much applause and the screaming of my nieces (Jacks three sisters) and a collection of friends.  While my music collection doesn’t have much metal, I could certainly appreciate that their timing was impeccable and they sounded damn good!  I saw proud parents taking photos and video, so I kept to the side stage myself.

Here is the original, a neat effect from the good ol’ iPhone itself 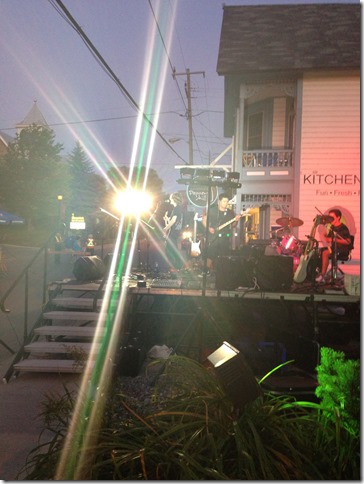 I’ll be interested to see who took a light touch, or an extreme like this, it’s fun, but without the original I think it’s a bit tricky to make out the details.  Except for the curls in Jack’s hair, those remind me of that old Maxell campaign.  I want to go make a mix tape now, but instead lets check out the rest of the gang

Posted by A Polymer Penchant at 21:44

Email ThisBlogThis!Share to TwitterShare to FacebookShare to Pinterest
Labels: focus on life, taste of Manotick