Welcome lovelies to week 24! I feel compelled to correct my omission from my typography post last week about my best friend and her distinct handwriting.  She lives a few blocks away and I get to see her fairly often so that probably makes it her even more awesome that she sends mail.  How could I not show her in her most awesome light!

One more thing picking at my brain as I look at the title. 24. Now tell me, is it a Canadian thing to call a case of beer a “two-four”?  I totally confused an American about the Victoria Day holiday by referring to it as May two-four and when I explained the name I did not hear that penny drop. at. all.  This was someone in New York state too.

On to Green now as promised.  Sally Russick of the Studio Sublime had us seeing green this week.  Living in a cold climate means that hearing green makes me think of grass and warm summer days above all else.  Sunday provided just such a day! After plenty of rain we were leaving Averleigh’s last gymnastic class of the season and the beautiful day had us searching for some green space to play.

We headed to the Cumberland Heritage Village Museum since we had never been before and had heard tales that there were animals to see and pet.  Well as it turns out the majority of the animals hadn’t arrived yet.  It seems the goats, horses and sheep were expected a month ago but have yet to arrive! No bother, we were given a personal tour, quite by chance, from Jim 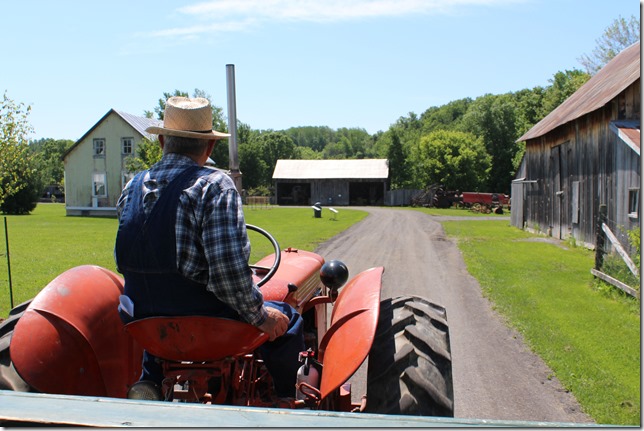 We were the only ones riding behind in a covered trailer that must seat about thirty.  Jim told us of the turkeys and we walked over for a visit, then the pigs, then the trains. 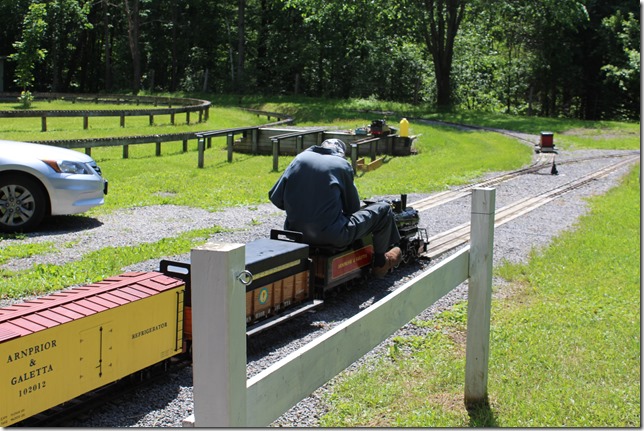 There is a model railroad enthusiasts club that has space on the museum grounds and if you ask nicely they will take you for a ride. We had just disembarked from that “car” behind the engine he is sitting on.  There are signs all over telling you to sit up straight and they ain’t kidding.  Every twist and turn I was quite sure we were going to tip over, but we survived.

As we explored the rest of the grounds that included all sorts of older condemned buildings that had been rescued and moved to the museum we enjoyed the green of all sorts of old trees and wide open spaces.  I love the irony of this picture, my real green shot on the day.  All this beautiful grass and she plays in the gravel. 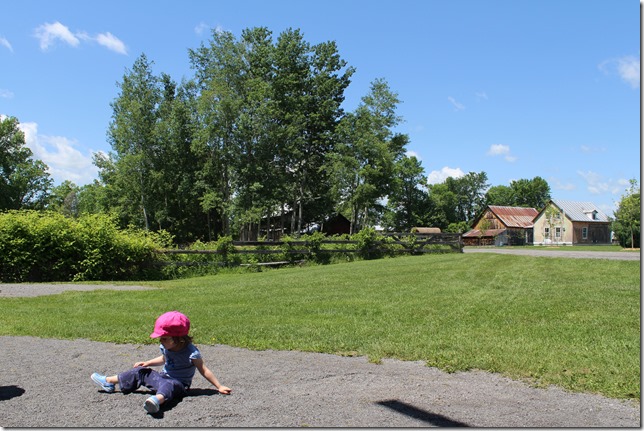 Thanks for coming by and be sure to join me visiting more green here
Posted by A Polymer Penchant at 22:26